What is the best Animation Video Style for your business? 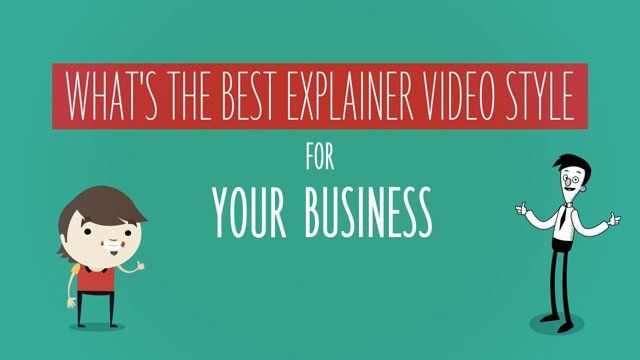 The animation is an optical illusion, thanks to the theory called Persistence of Vision, where we get tricked into a thinking that lots of static pictures are one moving image. In reality, they are nothing more than a series of pictures, known as frames when played quickly.

Persistence of Vision works with a concept that an afterimage is there on the retina for one twenty-fifth of a second before leaving the current realization, allowing the frames to create a relentless timeline and creating the perception of motion.

It is one of the older forms of animations and animator draws a hand for each and every frame. Drawings are created one by one on the frame in this animation. These drawings are screened quickly to create the illusion of movement. There are various software used for making animation such as Photoshop, TVPaint, Toon Boom, and Anime Studio. Animators usually do the trial animations with replica characters to see how many frames are actually required for the action. When everything related to in-between and clean-up is completed, every individual frame would be photographed by the production team.

The term 2D refers to animation that is created with the help of two-dimensional drawings and when done with the help of digital technologies, it is known as digital 2D Animation. Here, you don’t need to create digital models but just need to draw the forms. 2D animation figures are produced and modified on the computer using 2D bitmap graphics or 2D vector graphics. You can create anything from backgrounds and landscapes to crowds and multiple characters. They can be created using computer programs such as TV Paint, Cel Action, After Effects and Flash.

Thanks to 3D, we have Avengers and Transformers in our lives. The 3D program lets you do anything from modeling to stimulation to rendering. You can use various tools for physics, visual effects and lighting to make it a burlesque affair. There are many 3D animation programs available such as SketchUP Pro, TurboCAD Deluxe, Modo, LightWave, Autodesk Softimage, Houdini, Cinema 4D, Unity, Autodesk 3Ds Max, and Autodesk Maya. The animation is done by posing the models in certain key frames and the computer has to render each frame individually when the modeling or animation is completed.

It is similar to traditional animation but uses real equipment instead of drawings. It is an animation that uses objects photographed in a sequence to create a fluid movement.  You can use various software to create and edit animation video such as Dragonframe and iStopMotion. iStopMotion has many good features like onion skinning and DSLR support. It is done by taking a photo of an object and then moving it a little bit before taking another photo. The process is repeated to create a sequence of moments and when these are played, they give the illusion of movement. Other forms of stop-motion use creative materials to generate the physical objects such as Cut-out, puppets, claymation, and Pixelation etc.

Whiteboard animation provides brilliant platform to connect with the audience. You can combine words and pictures in an entertaining way to explain your product and services. They are simple and engaging enough to capture the attention. You do not have to hire actors for your video and they look more distinctive and professional than other slideshow-type videos. You can indeed it use it efficiently for your sales pitch as they perform much better when compared to standard power point presentation.

If you want to display your services and offers, description of brands, advertising themes, and organization messages then Motion graphic is a perfect bet for you. They consist of the sequence of graphics to create the illusion of motion like animation, which is also accompanied by audio to augment influence and momentousness. They can also be used on electronic billboards, televisions and display screens you often see at banks, restaurants etc. It helps you reach your business reach and as the fact that they can be created at a lower size than video, your page will load faster and the audience will not get bored.

In this technique, the text is manipulated and displayed dynamically on the screen which literally means moving text. The text is presented in such a way to convey or induce a specific idea or emotion. The results are achieved by compositing layers of text in which words and individual letter can be animated separately from the rest. It is often created using standard animation programs such as Apple Motion, Adobe After Effects, and Adobe Flash.

You must have heard that a picture is worth of a thousand words and a moving image has 25 images in a second. Impressed? Well, that’s the reality with Infographic videos. When graphic design is put into motion, it is known as Infographic video. You can create a full 3D universe, use a video as a graphic support and can create a whole world from illustrations with the static letters entering the world of motion design from the moment they become animated.

Get in touch with us now if you are looking to create an animation video for your business. Submit your requirements here – Yes, I want to grow my business through video.

Get video marketing insights in your inbox
(Visited 135 times, 2 visits today)
What is the best Animation Video Style for your business? August 28th, 2019stagephod

Keep Learning
Here are some related guides and posts that you might enjoy next.

A practical guide on how to promote youtube videos for free

Big companies have a good budget to promote their videos through internet marketing or Adwords, but what about new startups…

5 Proven ways to make a video Viral on social media

How to write viral video titles?

Creating Viral Marketing Videos for shell has been one of our biggest successes, till date. I still remember the day…

7 top lessons I learned (while building a profitable B2B startup)

My teammates and I have built a 2 crore+ revenue B2B company, Stagephod, from scratch in a span of 32…