Do you know these top stats about digital video marketing? 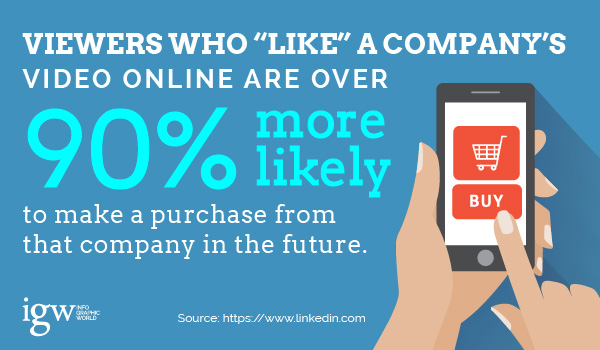 The growth of video intake via mobile phones is taking video marketing by storm, but the recent revealed data will indeed depict how foremost role video will play over the next few years. Video will account for 70% (which is an increase of 55%) of all mobile traffic in next five years, according to a data published by an Ericsson Mobility Report. Internet has so successfully amplified videos, which can be corroborated with the fact that in the US, 8 of top 10 popular celebrities are YouTube stars. Here are some stats about digital video marketing to help you out with your strategy. Where people are watching?

This data clearly entails, why you should be actively involved in a video strategy for growing your business? What does this data mean for your company or for your online business? Let us know in the comments.

In case if you are looking to outsource your video creation/ marketing process, we at Stagephod.com would be happy to help. Submit your requirements here – Yes, I need help on professional video creation and marketing.

Get video marketing insights in your inbox

Keep Learning
Here are some related guides and posts that you might enjoy next.

5 Proven ways to make a video Viral on social media

A practical guide on how to promote youtube videos for free

Big companies have a good budget to promote their videos through internet marketing or Adwords, but what about new startups…

7 top lessons I learned (while building a profitable B2B startup)

My teammates and I have built a 2 crore+ revenue B2B company, Stagephod, from scratch in a span of 32…

Creating Viral Marketing Videos for shell has been one of our biggest successes, till date. I still remember the day…

How to write viral video titles?